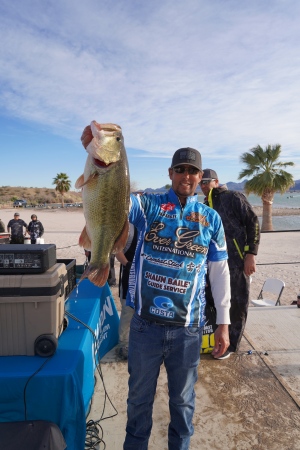 The local angler was staked to a quick start on a fiercely windy Day 1 of the 3-day competition when he weighed 21.95 pounds backstopped by a tremendous 9.31-pound largemouth, the Big Bass of the tournament. Bailey credited good luck for finding the lunker in 25 feet of water on a Roboworm Zipper.

That effort put him in range of Day 1 leader and good friend Matthew Williams, also of Lake Havasu City., who smashed his own expectations by weighing 24.50 pounds with a 7.62-pound largemouth kicker. Williams said he caught his fish shallow.

Williams would hold his lead through a calm and sunny Day 2, when Matthews weighed 16.55 pounds to Bailey’s 16.23, setting up an intriguing final day duel between two locals on Championship Friday. Matthews, with a 2-day total of 41.05 pounds, had just under a 3-pound edge on Bailey. Popular Pro Joe Uribe, Jr. of Surprise, Ariz. sat in third with 35.36 pounds.

On Day 3, another flat calm day with high, bluebird skies, Bailey weighed 5 bass for 14.16 pounds for a 3-day tally of 52.34 pounds to capture the 2020 WON BASS Arizona Open Championship. Matthews faltered, weighing just 3 fish for 8.50 pounds and finishing with 49.55 pounds, a total which dropped him to fourth overall. He earned a $8,424 payout.

Meanwhile Uribe, Jr. brought 5 fish to the scale for 15.97 pounds, vaulting him to second overall for consecutive Arizona Opens with 51.33 pounds. Uribe Jr. said he targeted smallmouth using a swimbait designed with his father Joe Uribe, Sr. He won $15,424.

Perennial WON BASS hot stick Justin Kerr Simi Valley, Calif., who sat in sixth place going into the third and final day, weighed 17.34 pounds for a 3-day tally of 50.58 pounds, good for third place and $10,424. Kerr said he fished the run of the lake.

Winner Bailey switched to crankbaits on Day 2, sticking with that pattern through a tough Day 3 during which he missed several fish, causing him to doubt his chances, but he prevailed by powering through.

WON BASS Opens are shared-weight Pro-Ams. On the Amateur side, Jim Poff of Apple Valley, Calif. finished on top with 42.67 pounds and $6,142, and a prize quiver of top of the line St. Croix bass-specific sticks. He was followed in second place by Kevin McBean of Shafter, Calif. with 38.58 pounds, good for $5,142. Jason Akins, also of Apple Valley, finished third with 38.51 pounds, for $4,142.

The 173-boat field for a bass tournament is a new Lake Havasu record, besting the former record of 160 set by FLW.

A more detailed account of the Arizona Open will be featured in the next edition of Western Outdoor News.

For full 2020 Arizona Open standings, visit WONBASSEvents.com. WON BASS action resumes with the California Open, April 8-10 at big bass factory Clear Lake, Calif. The season ends with the prestigious U.S. Open, Oct. 12-14 at Lake Mead, Las Vegas. Both events are virtual sell-outs. Visit WONews.com and click on the Events tab to add yourself to the wait list or for more information. 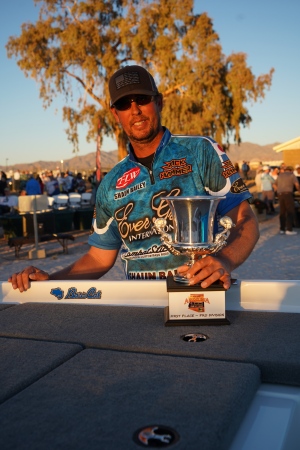 VICTORY POSE – Shaun Bailey with his trophy and the Bass Cat Boats Sabre FTD prize boat, outfitted by a Mercury Pro XS 150. In all, his Arizona Open victory brought him some $70,000 in cash and prizes. 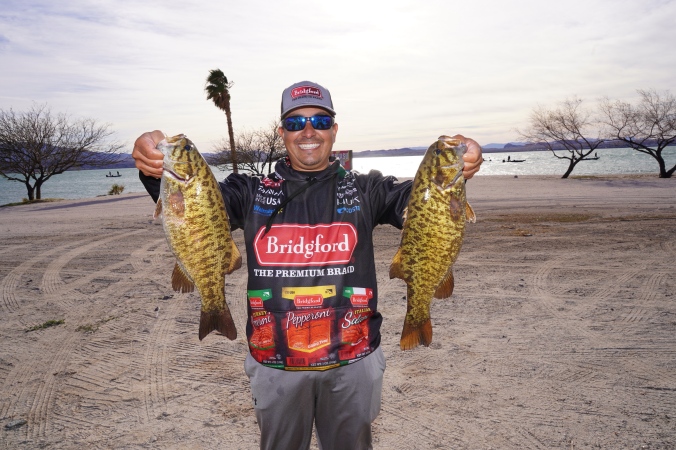 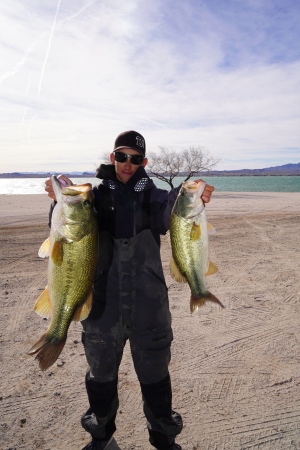 MATTHEW WILLIAMS of Lake Havasu City, Ariz. took a 2-day total of 41.05 pounds into Championship Friday but could not seal the deal. He finished fourth with 49.55 pounds. 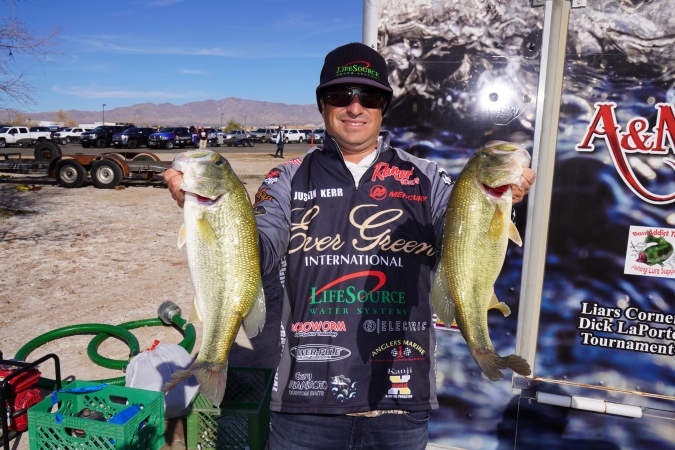 PERENNIAL WON BASS hot stick Justin Kerr finished third with a 3-day total of 50.58 pounds. He said he fished the run of the lake.